Auckland Arts Festival has today cancelled four Festival shows as a direct result of the Government’s new border control measures requiring all arrivals into New Zealand to self-isolate for 14 days.

The four affected shows are Circolombia – Acéléré, Wolfgang’s Magical Musical Circus, Watt by Samuel Beckett and Soweto Gospel Choir. The performers for all four shows were due to arrive in New Zealand after midnight on Sunday when the border control measures took effect.

Auckland Arts Festival chief executive David Inns said the seasons of these four shows will be cancelled. “It was not possible for us to get the performers into the country before the midnight deadline, so we have are left with no option but to cancel these performances.

“The Festival and our artists are deeply disappointed and we are sorry that audiences will miss out on seeing these shows.”

Information regarding refunds will be communicated to ticketholders through Ticketmaster and ASB Waterfront Theatre (Watt by Samuel Beckett).

Two other international theatre shows scheduled to open at Auckland Arts Festival this week will go ahead as planned. The cast for Mouthpiece arrived in Auckland ahead of midnight on Sunday, and the cast and crew of Dimanche were already in New Zealand.

All other Auckland Arts Festival shows are going ahead as planned and the Festival and its venues are following Ministry of Health guidelines to ensure the health and wellbeing of audiences, artists, staff and crew. 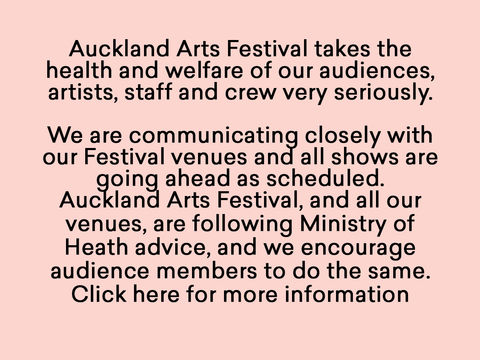